No image! No story! – why your games’ PR assets matter

No image! No story! – it is really that simple. If you as a game developer are not able to provide journalists, influencers or anyone else you want to cover your game with great visual assets, they will in turn not be able to tell your story properly.

I wrote a bit about PR assets and press kits in my blog post “Games PR is not rocket science!” – where I gave some advice on games and communications. Real basic advice, true, but still things that even AAA publishers often miss out on doing.

Afterwards, a few people asked me which visual assets should be included in a press kit – so I provided them with a list.

And then I could not resist writing just a bit more on assets for PR, simply because I actually care about these things. And again: the points below are pretty basic, but still something a lot of developers fail to get right.

What assets do you need in order to promote your game?

As a bare minimum you should include the following among the PR assets for your games:

Of course, the list of PR assets suitable for your specific game will vary a lot depending on the game, available resources etc. It might be wise to include assets like music, press releases, testimonials and additional artwork ranging from concept art to character renders – if it makes sense.

How to make your PR assets available

There are a lot of different options for making your PR assets available to those who need them, ranging from placing the assets in a zip file or a cloud drive and simply providing a link, hosting an actual press area on your website or maybe just letting all your assets reside on a website like Gamespress.com.

Each of these methods have their pros and cons, but no matter what you end up doing the key word is availability. Press and influencers should have constant, easy access to all your PR assets.

Screenshots need to tell a story

Making a great screenshot is actually difficult – in much the same way as shooting a great photo is. You can’t just “point and click the camera.”

In my mind, it is simply not enough to just show what the game looks like. You need to communicate how the game feels and the emotions stirred by the gameplay. A great screenshot has to tell a story, engage the viewer and invoke some kind of reaction through characters, depth, sense of movement and so on – all depending on your game.

With that being said, the screenshot still needs to be true to the game and its visuals – it has to depict something that actually happens in the game. Even if you for the sake of doing the screenshots are running the game with all its visual trimmings set to the max.

Personally, I prefer screenshots without UI, but in my experience it is a good idea to have a bit of both for press to choose from.

Please don’t put watermarks on screenshots. It looks awful, and people using your assets will often crop them to get rid of the watermark, thereby altering the overall framing of the shot. (But do remember to include your game title in the naming of files.)

I was the Art Director on a games magazine for eight years, which might be part of why I love great key art and how it can make for great magazine covers.

But even though there are so very few actual magazines left, key art is still a premier PR asset that provides the visual expression for your game across your channels. But it also offers press and influencers something to make their outlets look cool, and you are more likely to get a feature spot if you provide them with value through great visual assets.

Making a great piece of key art is an art form, and what actually works depends greatly on the game involved. Your key art really has to tell a story while also being on brand and providing a sense of the game without overselling it.

And again: Make the key art actually available in a high resolution – at least 4K.

A lot of the thoughts on what makes a piece of key art great for your game are the same considerations that you should apply to making a game trailer. It should tell a story (of sorts), be on brand, provide a sense of the game and not oversell it.

Again, producing trailers is an art form, and there is a lot of advice to be found if you just do a bit of Google-Fu.

My advice would be to make your trailer available for download and not only host it on YouTube or similar services, as a lot of sites like to host trailers themselves because they generate traffic for them – and in turn coverage for you.

Don’t put your developers against the wall

You should make photos of the key developers on your team that are expected to do interviews or provide quotes available. Especially non-gaming media and B2B media like to make use of photos, as they realized a long time ago that great stories are about people, not just products.

Way too often, however,  developer photos are done by pulling out a smartphone and grabbing a random picture of the developer against a white wall – making the person look like an introvert rabbit caught in the headlights of an oncoming car.

Please put some thought into doing proper portraits that are on brand. Hire a photographer, spend the time necessary and get it done right. It reflects better on the game, and the media are more likely to spend extra space on nice-looking photos.

And if you are a real pro you will have the photos done in both landscape and portrait format in order to provide the media with even more options.

You might want to make your game and company logos available as PNG as well, or even better: EPS files.

At some point a media outlet or influencers will use your logos to do a YouTube thumbnail, splash image or similar. And if you did not provide the logo, they will just go get it somewhere else and possibly end up with a less than pretty cut-out or resolution.

You want to help the media make your game look good!

Finally, you should make some kind of info sheet available as part of your downloadable PR assets. It might just be the launch press release or a simple one-pager.

Making sure that basic information is available and easy to find – such as a short presentation of the studio, the game pitch, feature lists and contact and publishing information – all depending on the game you’re working on and where you are in the process.

Great communication and marketing are based in stories worth telling – stories about you, me or someone else. Stories about products and features. Stories that makes you smile, laugh or shed a tear. Stories that inspire you to tell your own. 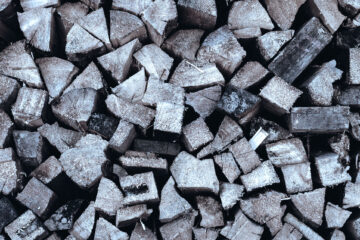 SoMe calendar for geeks

365+ ideas on how to keep your social media presence alive when working within games, comics, tech or other geek industries.

Four clichés in Games PR you should avoid both when approaching press or influencers and when you communicate with your customers! 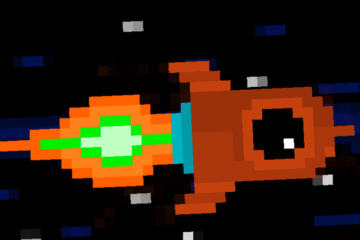 Games PR is not rocket science!

Doing games PR for the first time? 11 bits of basic advice for anyone communication for games – some of which even big publishers struggle to get right.